Here are two animation tests I did for Coraline. Usually the way it would start out is me doing some expressions that were extremes for the character. Like how wide or how far something could go, and then animate within that boundary. How course considering character, and shape language as well...
Posted by Matt Williames at 4:23 PM 28 comments 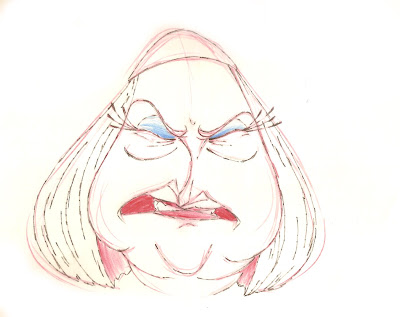 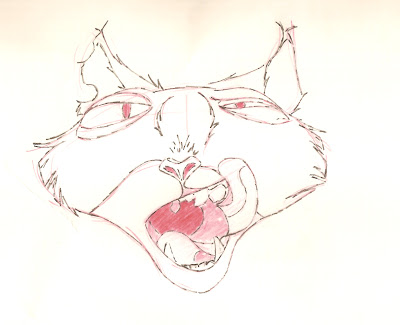 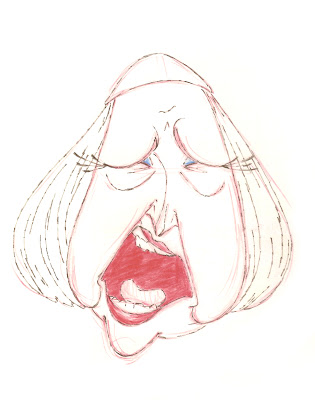 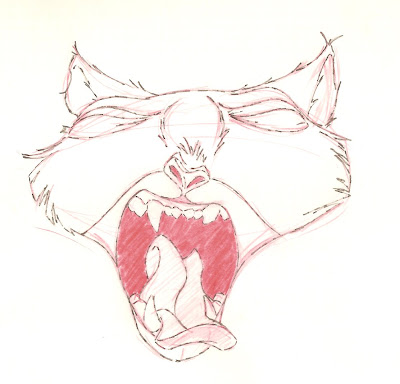 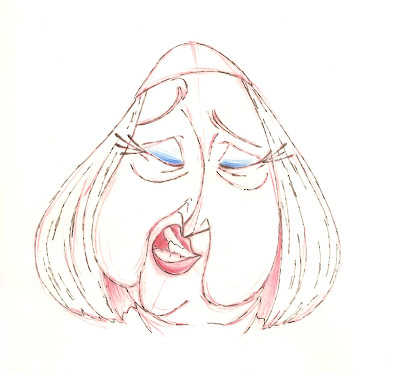 I know I'm a bit late on the "Coraline post", but thought it would be a good excuse to post again! A couple years ago I got a call from this new studio called "Laika". They were doing a new Henry Selick film called Coraline and needed someone to design and animate the facial expressions (including design mouth shapes for dialogue) for all the characters in the film. And they wanted it ALL to be 2D upfront (it would later be modeling in the computer then molds would be made from that). It was a sweet gig-- I lived in Portland for 6 weeks, all expenses paid and was scared to death every day of failing miserably. I was surrounded by people who were infinitely more talented than I was and I learned a ton from it/them. It was my first venture in design, and I was therefor terrified. It was kinda like designing with training wheels on. I was already working with solid stuff, I just had to make it emote.
I used to love walking around the warehouse where all the sets were being built-- it really felt like we were all making something special and new; something all of us artists talk about but never get a chance to ACTUALLY work on.  And here I found myself working on something that I had always talked about working on. (I'll post pictures of the warehouse later).
I didn't end up doing all the characters but I did end up designing for the Cat, Forcible, and the Ghost Children. I did some REALLY rough passes on Spink and Bobinski but I don't think they got used.
So GO SEE THIS SPECIAL FILM! And I'll post more stuff from the film as time allows.
Posted by Matt Williames at 1:12 PM 21 comments