Secrets of the Masters : The Wu Sisters


So I can finally show some animation I did at on this short! This short was a real pleasure to work on, partly due to the generosity of Mr. Ken Duncan giving me a lot of control over these characters. I wasn't a lead but I kinda felt like one in terms of having ownership and a definite opinion about the characters. It was good casting for me. Plus I only focused on the Wu sisters, which was fine by me because before we started I wanted to do those characters anyway! Unfortunately in terms of the story the characters aren't terrible textured or dimensional. But that left it up to us to try and add as much as we could with what we had to work with.

My general idea about them was to base them on ballet dancers. I had other acting ideas about them but there was really no where to put the ideas in the context of this story. The director wanted something slightly sexy as well, and being cats I could see how that would fit. But mostly I saw them as really graceful beings. But I wanted a flip side and stark contrast in that when they fought all of the sofistication and poise you once saw was gone and they became more primal. They're eyes changed to cat slit eyes and they're general graphic shape changed as well.

These aren't all of the shots I did but it is most of them. Quite a few of these got cut from the film unfortunately. I was slated to do a lot more acting but I got so front loaded with the action stuff that there was no way for me to get it all done in time. Fortunately the talented Mr. Jared Beckstrand did a lot of the acting shots as well as Mr. Ken Duncan.

Hope you enjoy these. It was a real pleasure to work on!
Posted by Matt Williames at 8:53 AM 32 comments 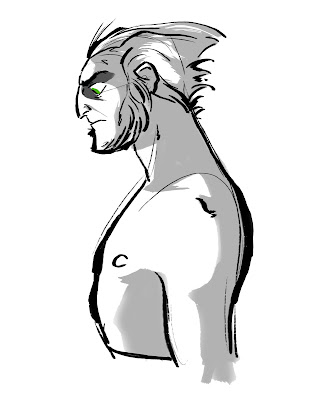 I've been lovin' me some Wolverine! Not much, just a reason to post something on the blog. When all you do is work on things you can't show it can be tough to keep a blog alive. Been having fun with this though, no great ambitions with it. Just having fun, trying to get better at drawing. These drawings are only a few days old, so if the disappear suddenly it's because they turned to crap overnight. Which tends to happen ;) I hope all 3 of you enjoy! 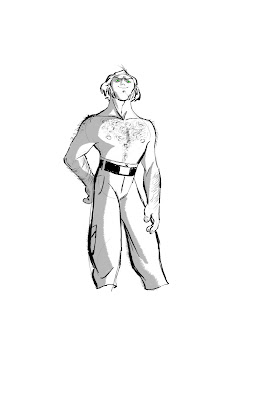 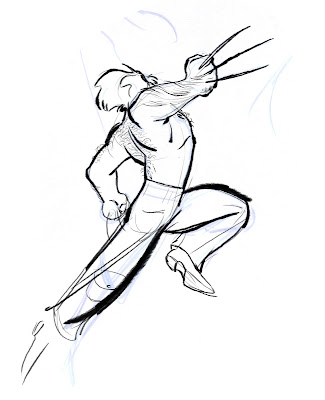 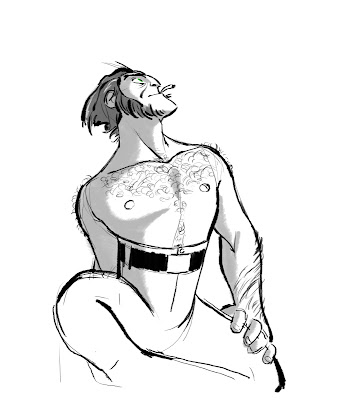 Something I animated for a Marvel/Stussy advertisement, enjoi!
Posted by Matt Williames at 3:15 PM 27 comments 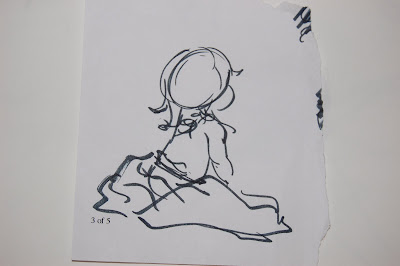 This drawing is my absolute most favorite drawing I have ever done. Hands down... this drawing means more to me then anything else I've ever created. This is my oldest daughter at age 1 1/2, and drew in on a scrap piece of paper from out of the garbage on the floor next to her. The thing I take pride in most is that it feels like her, my precious daughter. 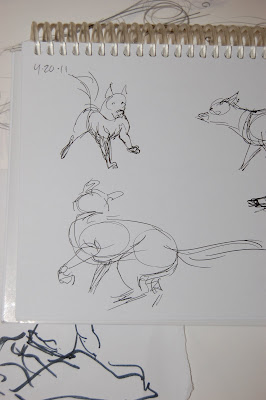 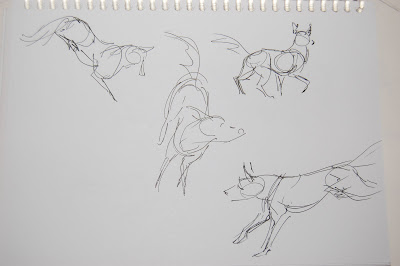 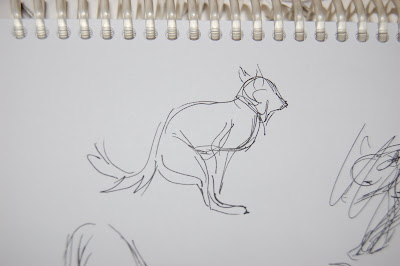 Have been drawing a lot of dogs lately for a short film I am working on with some of the most talented people I have ever had the pleasure of working with. Our lives are too precious and too short to not be working on things with true personal meaning to us.
Posted by Matt Williames at 10:55 AM 25 comments

In honor of the new Peanuts Special coming out on DVD next Tuesday I thought I'd post some MetLife animation I did a year or so ago! Animating this stuff needs to be approached so differently than animating in the more "traditional" feature style way. Too much animation on these characters looks weird, so it's an exercise in simplicity. But simplicity without being boring... these were done for MetLife and I believe are being used on MegaTron screens at sporting events.

A blast from the past

The Indescribable Nth from Steve Moore on Vimeo.

A long time ago when I was 14 and lived in Chicago I worked at an animation studio called Character Builders. Mostly just doing bit's and ends type work for films like Space Jam, Anastasia, Quest for Camelot. Sometimes I swept the floors, made coffee, and punched paper. Other times I animated my own tests, and on some occasions I would get a chance to do some actual production work. One of my very first production work experiences was on the short film called "The Indescribable Nth". I was given some rough inbetweens to do on some very short shots. I will never forget that time, I worked in the basement of an old house in downtown Wheaton IL. It was winter and FA- REEZING in that basement, but I didn't care, I was working with honest to goodness REAL animators. I am positive I was more of a nusance than a help to those guys but I am still very thankful to them to this day. Not many people would let a punk 14 year old kid screw up their shots for them :) So check out the link to the film above, it was a fun bit of nostalgia for me.
Posted by Matt Williames at 10:58 PM 29 comments